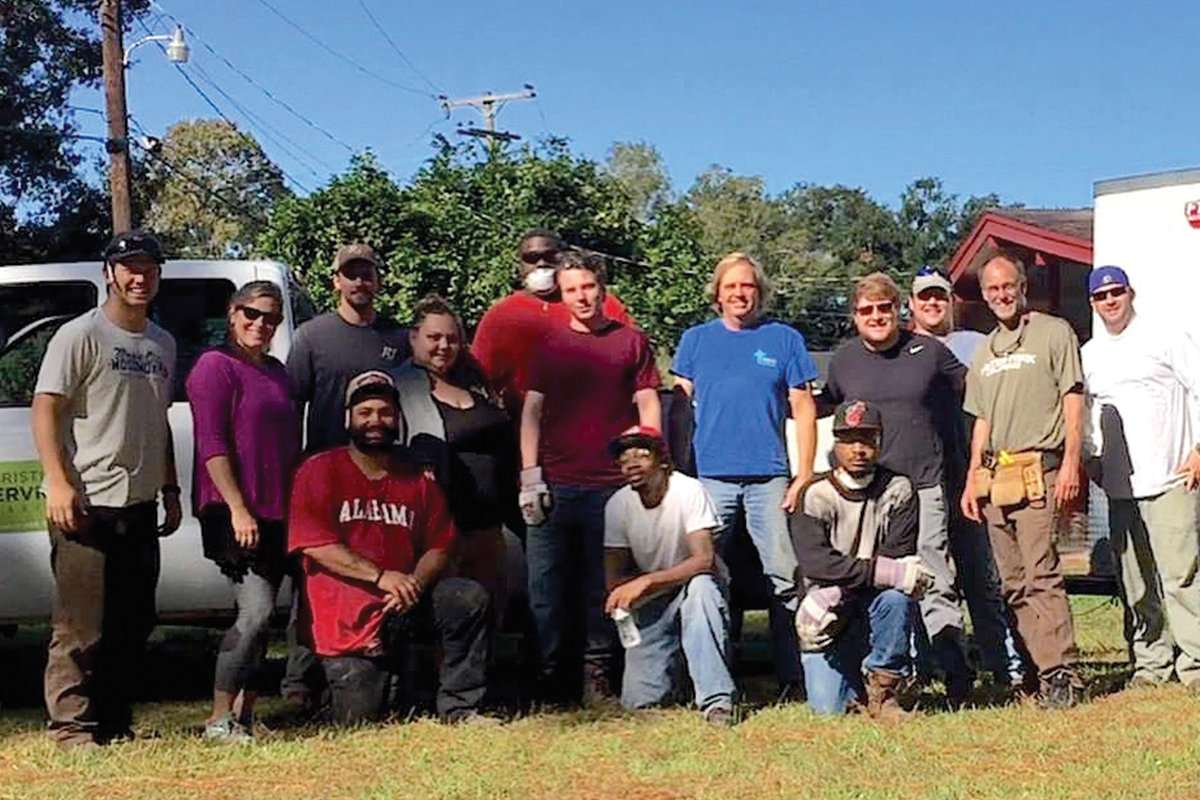 CSM Boots On The Ground in Texas

In response to the flooding in Texas after the hurricane, CSM sent Housing Ministry Project Coordinator Kirsten Agee and her husband Tim to Texas to prepare for CSM Housing Ministry Director Aaron Parsons and a work team from Magic City WoodWorks. They traveled together from Birmingham to be there the entire following week to help partner ministries by installing sheetrock at Hillcrest Baptist Church and repair damage on KeeKee Youman’s house.

Kirsten shared, “We were expecting the area to look like New Orleans with all the blue tarps but it wasn’t like that.  We did notice that a lot of businesses were closed and small piles of debris at the road so either they got the cities cleaned up fast or there wasn’t as much flooding in the areas we went through.  The hotel we stayed in had damage on the 1st floor but the rest of the place was functioning fine.

We got the tour of Hillcrest Baptist Church by their young pastor. They had no damage in the sanctuary which was certainly a God thing since every other building had flooding. They had already done all the gutting necessary for the repairs to be done. They had an electrician in to check the wiring and they got the ‘ok’ to install the sheetrock in every area except their oldest building. Sadly, they are going to have to bring that building up to electrical code before anything else can be done in there, which was not an expense they were counting on. Part of our team finished installing all the sheetrock except in their offices.

Next we went to KeeKee’s house to assess it so we could purchase the materials needed to do her repairs. We determined the only storm damage she had was to her roof as it was leaking in a few places.  The other damage to her house was from several leaking windows that had a lot of rot around them.  We decided that if we didn’t help her, no one else was going to. Tim figured all the materials the team would need and we headed off to Home Depot – a mere ½ mile away. When we asked about a delivery to be made in the next few days they just laughed. HD was about four weeks out on deliveries, so we had to shuttle the materials ourselves. Six trips later, everything was at her house awaiting the team. 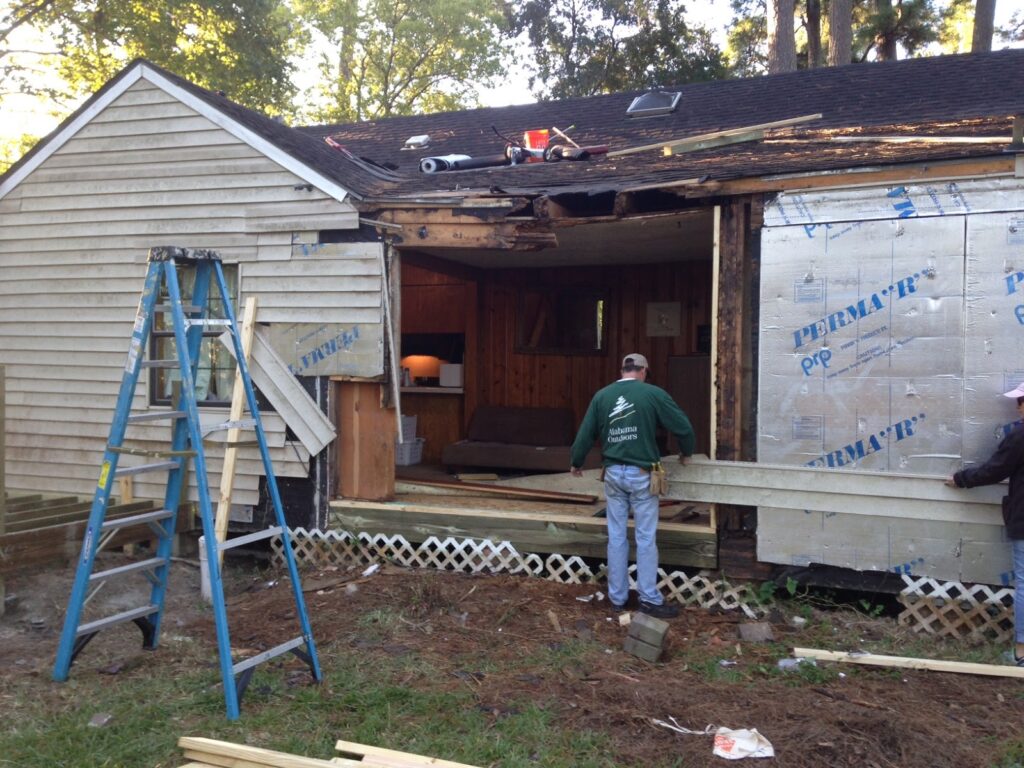 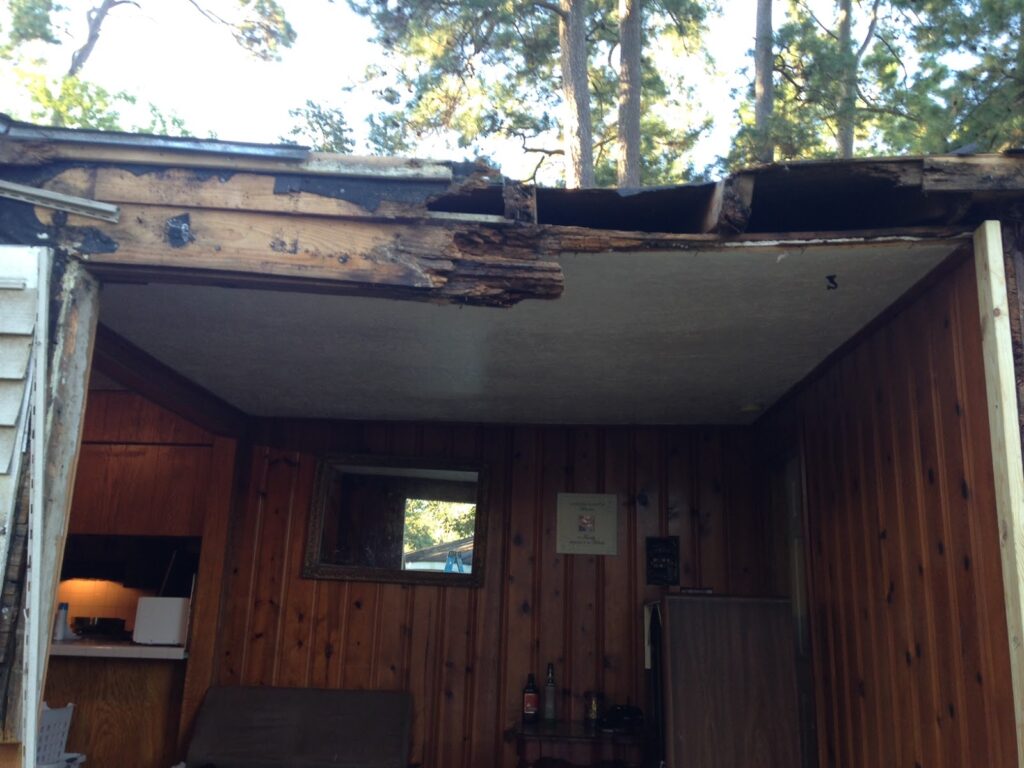 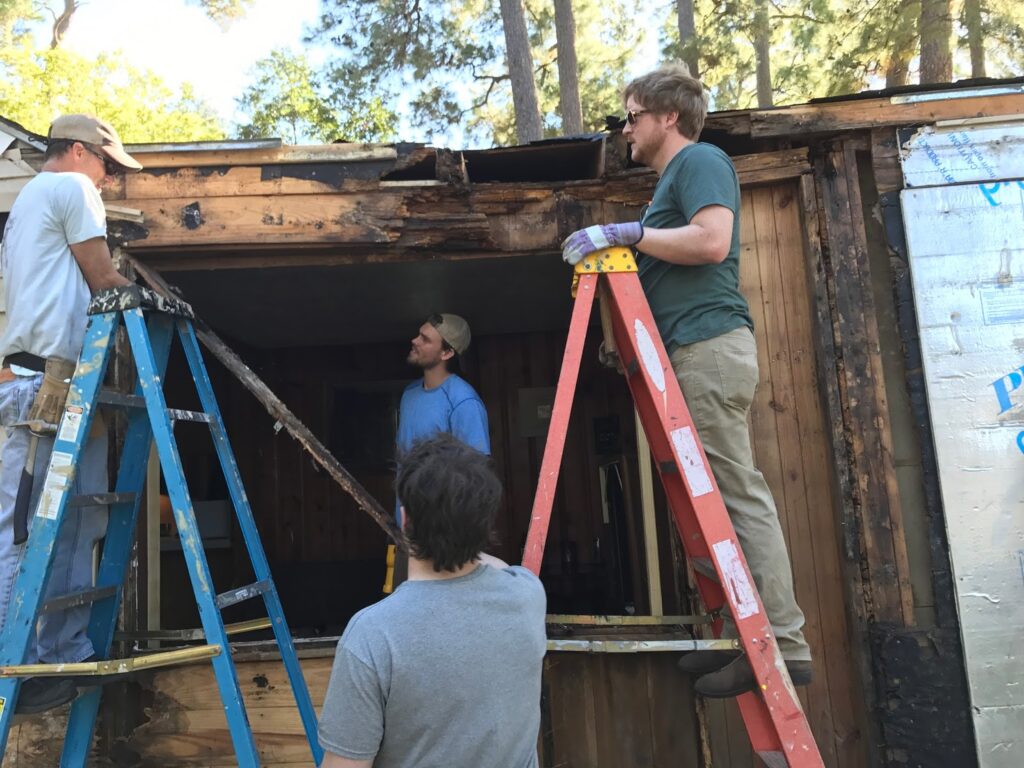 That afternoon we went to assess the house of one of the Hillcrest church family. They had about 2 feet of water in their home during the storm. They had already gutted the damage and were ready for work to be done. Unfortunately, they did not have flood insurance. They said they had lived there 50 years & never had flooding. Tim figured up the materials they would need so they could price it out and make a plan. They said they would just have to work at it as they had the funds. Meanwhile, this sweet woman is undergoing chemotherapy for cancer and had just had surgery. We were sad to leave them, but learned that the damage in Texas is deeper and more difficult than the eye can easily see.”

Aaron was so moved by the experience in Texas. Most of these guys who traveled to Texas had come to MCWW to learn a trade. Part of their training is to see what it is like to serve, which is why they decided to do this trip with Aaron. He says that at first the guys were hesitant about the work involved, so he broke them up into groups to work on different projects. Aaron was able to work with the same guys the whole time on the roofing and had a great time to watch them enjoy serving while working hard and well. They had Bible study in the evenings where the guys would give examples of things that touched them during the day. The mission was intended to not only serve, but also to minister to and alongside the team from MCWW in a way that was life-giving. The church also served them by feeding them, giving them a taste of Texas.

When KeeKee shared her story of what all she has been doing since the hurricane and how she has been serving so selflessly, the work crew from Birmingham was overwhelmed at how much she had sacrificed to help others after the storm. Giving her contact information out to neighbors in need, she basically gave up her life for the six weeks following the storm. After hearing her story, the team felt that it was a really good reason to be there serving. Then the church leadership told them that the work they completed in two days would have taken the church team three weeks. They were so very thankful for that, and the crew was humbled to have served them.

”"...the damage in Texas is deeper and more difficult than the eye can easily see.” 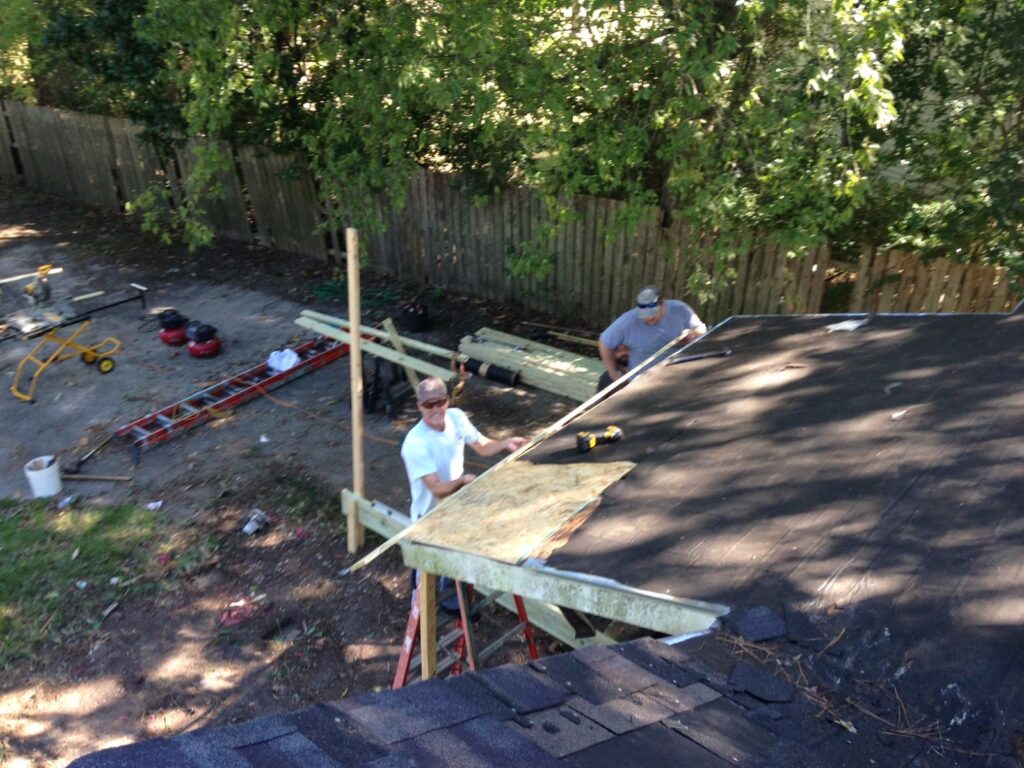 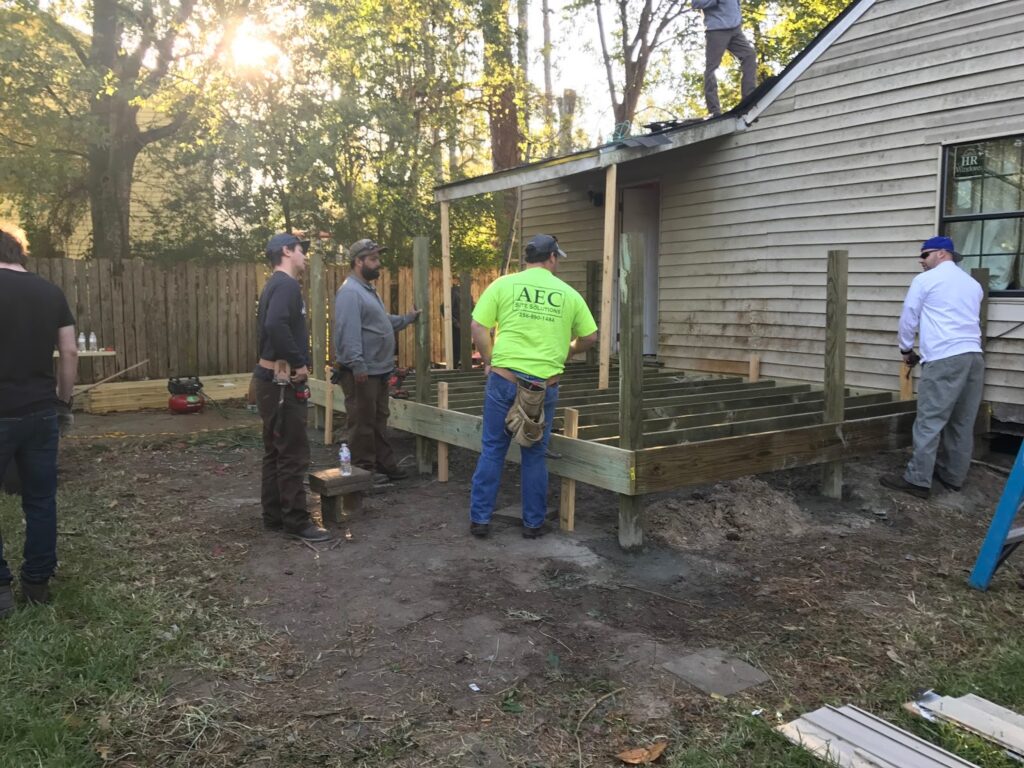 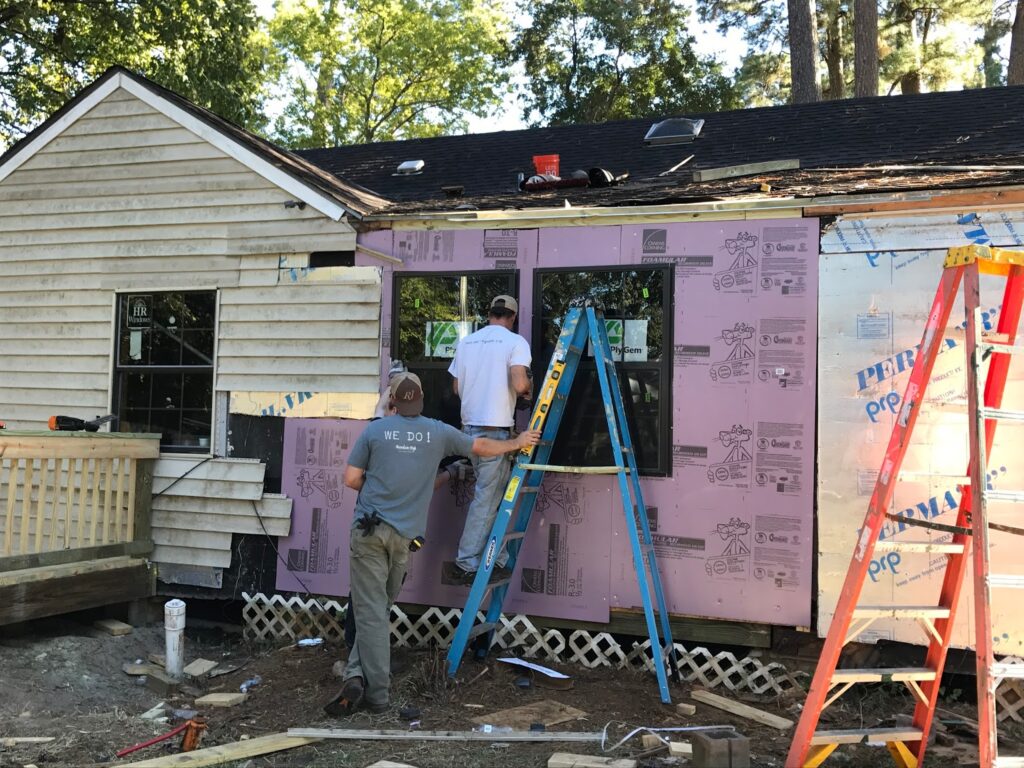 One need that was noticed while on the trip was a lack of transportation. People were walking for several hours a day to get to the store for basic necessities because cars were damaged or gas was non-existent. Working with Bob’s Bike’s in Homewood along with several generous donors, we were able to supply Calloway with brand new bicycles to share with their community. The Pastor wasn’t sure how he was going to be able to store and assemble all of the bikes but God had already made a way. A youth group from Oak Mountain Presbyterian called CSM and said they would be in the area and asked if there was anything they could do to help. So the youth group saved the day, assembled the bikes, and helped remove debris and clean up the community! The work was done quickly and the Pastor was encouraged by fellow believers coming to help him and his community!

We will keep in touch with Pastor Pitts as his community works to get back to their new normal and hope to continue providing hope and resources as needed.

Aaron laughed, “Fifteen guys in a house with one shower…  It was fun. Every evening was a lottery to get in the shower. Part of the bonding process was staying together. Several of the guys are interested in doing work with CSM in Birmingham. Made some great friends. It was an incredible trip.”

Magic City WoodWorks posted after the trip, “This time last week our team was in Port Arthur, TX. We had the honor of serving an amazing family and church who put it all on the line during the recent hurricane that hit Houston and surrounding areas so hard. We went down to help but quickly realized that our team greatly benefited as well. We had a blast on our 11 hour van rides (yes, one van). We became roommates for a week. We stopped in Louisiana and ate alligator (cultural experience). We honked the horn like crazy passing state lines. We took our skills and talents and put them to work for our neighbors to the southwest and did our best to leave it better than we found it. Thanks to @csmission and RJ Mechanical for everything. If you have ever thought about shutting down your operation before to go serve after a catastrophe strikes, you should. It’s an amazing double sided experience that we will cherish forever. Texas Forever.”

CSM is connecting resources with needs, and honored to be “boots on the ground” for the Body of Christ in many places. 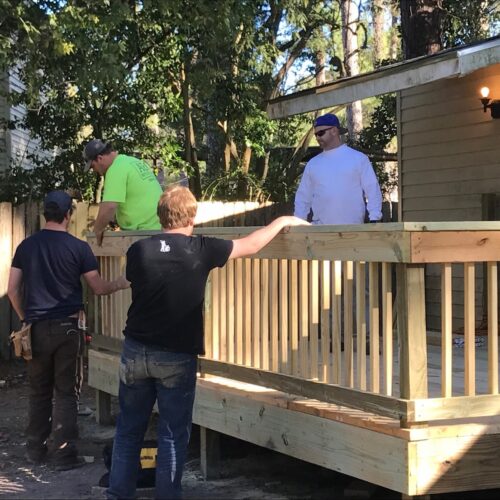 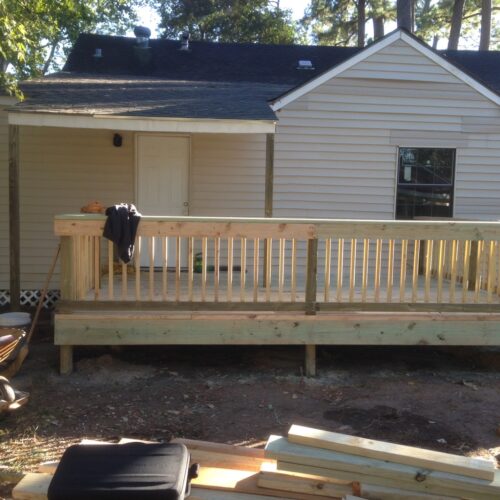 A Note From Tracy Hipps: My Father Knows Best

A Note From Tracy Hipps: My Father Knows Best 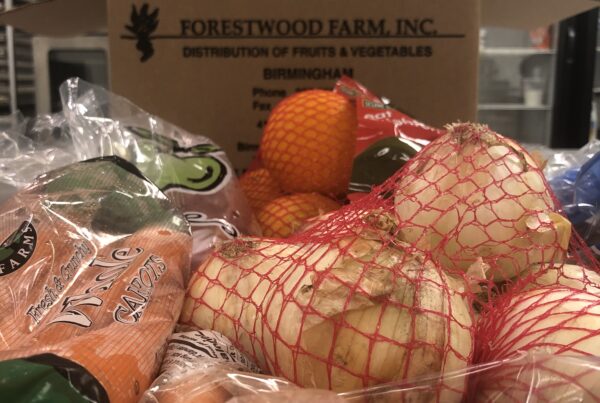 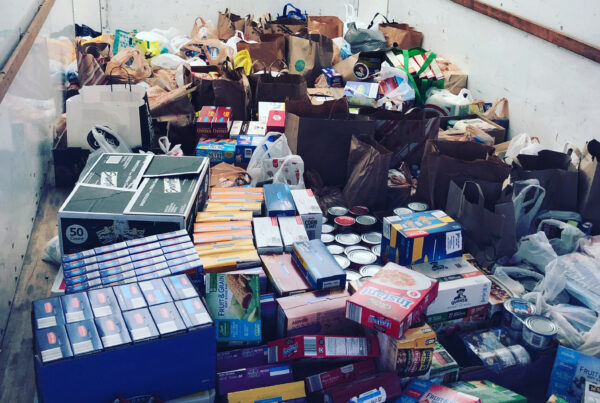 An On Time God 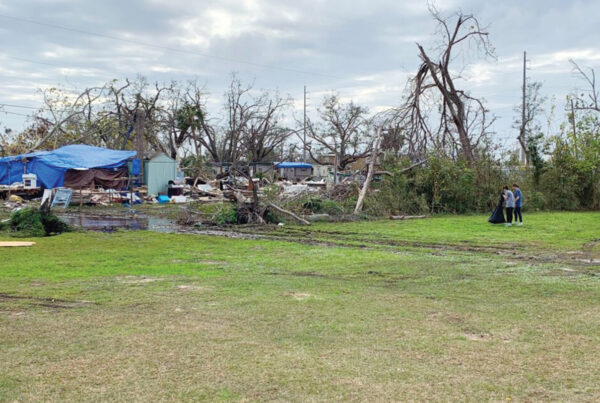 On Mission In Panama City, FL 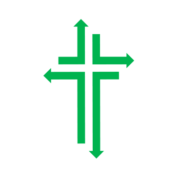